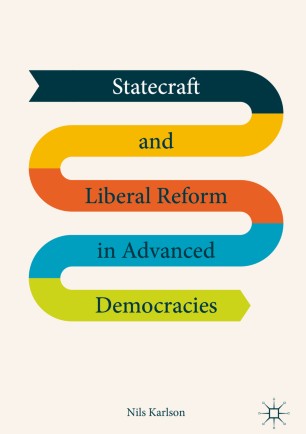 This book explains how advanced democracies and welfare states can achieve welfare-enhancing, liberal institutional reform. It develops a general theory based on an extended comparative case study of Sweden and Australia over the last 25 years, and offers an in-depth contribution to the field of institutional change, explaining how to govern a country well and how to overcome different barriers to reform, such as special interests, negativity biases and media logic. It develops the concepts of the ‘reform cycle’, ‘reform strategies’ and ‘polycentric experiential’ learning in order to explain successful reforms, and the key role of policy entrepreneurs, who introduce and develop new ideas. The book further examines why these reforms came to an end. Karlson also applies the ideas of Popperian, Kuhnian and Machiavellian reform strategies, and explains why they are needed for reform to come about.

t and knowing how. It has the potential to be generally applicable in any advanced democracy with the ambition to improve its economy and society. This book is of interest for anyone who is concerned about budget deficits, slow growth, over regulation, lack of structural reforms and the rise of populism. It will appeal to scholars of political science, public policy and political economy.