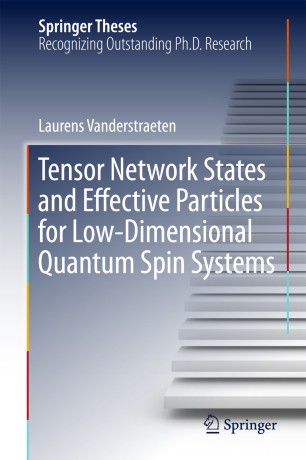 This thesis develops new techniques for simulating the low-energy behaviour of quantum spin systems in one and two dimensions. Combining these developments, it  subsequently uses the formalism of tensor network states to derive an effective particle description for one- and two-dimensional spin systems that exhibit strong quantum correlations. These techniques arise from the combination of two themes in many-particle physics: (i) the concept of quasiparticles as the effective low-energy degrees of freedom in a condensed-matter system, and (ii) entanglement as the characteristic feature for describing quantum phases of matter. Whereas the former gave rise to the use of effective field theories for understanding many-particle systems, the latter led to the development of tensor network states as a description of the entanglement distribution in quantum low-energy states.