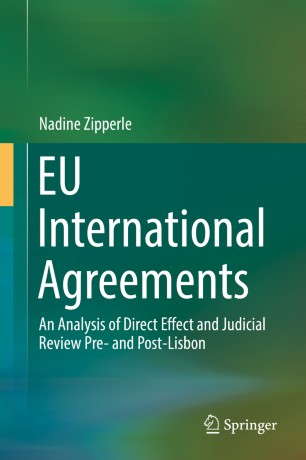 This book provides an analysis of the institutional and constitutional effects of EU international agreements, with a particular focus on their potential effects on private parties. The European Union has entered into a number of international agreements that raise serious fundamental rights concerns due to a lack of parliamentary and judicial scrutiny. The book addresses these issues in the context of developments contained in the Lisbon Treaty, focusing on primary and secondary sources, including German/French scholarship, as well as EU and national case law.