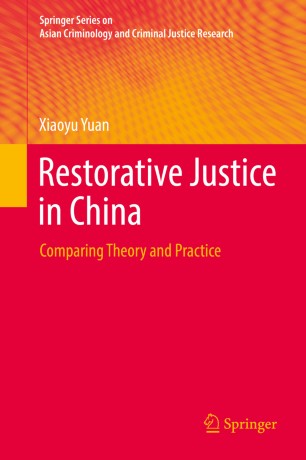 After a Brief overview and introduction, the author compares and contrasts case studies of restorative justice-like practices from different districts  in China. The author examines cases studies from several regions within China, and explores the key question: can the restoration model developed in the West take root in China, and if so what legal, cultural and societal accommodations may need to be made?

This work will be of interest to researchers in Criminology and Criminal Justice, particularly with an interest in alternative justice practices, restorative justice, and international comparative criminology; as well as researchers interested in Chinese affairs or Asian Studies.

Xiaoyu Yuan has a PhD in criminology from KU Leuven University (Belgium). She was born in Jiangsu Province at the People’s Republic of China, and has worked as a doctoral researcher at the research line Restorative Justice & Victimology from June 2012 to March 2016 at LINC (Leuven Institute of Criminology, KU Leuven). Before that, she obtained her master’s degree in criminal law from China University of Political Science and Law (Beijing) in 2011, and bachelor’s degree in law from Southwest University of Political Science and Law (Chongqing) in 2008. She also holds a Chinese bar license since 2008. She is now an Assistant Professor at Eastern China Institute of Political Science and Law.  Her current research interests include restorative justice, juvenile justice, Chinese criminal sentencing, dispute resolution, and qualitative methods.