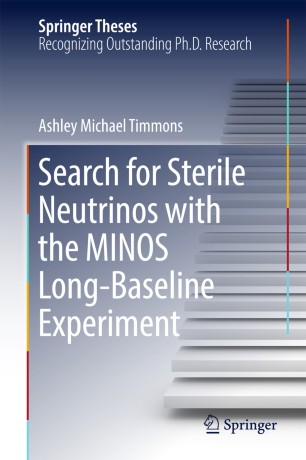 Search for Sterile Neutrinos with the MINOS Long-Baseline Experiment

This thesis highlights data from MINOS, a long-baseline accelerator neutrino experiment, and details one of the most sensitive searches for the sterile neutrino ever made. Further, it presents a new analysis paradigm to enable this measurement and a comprehensive study of the myriad systematic uncertainties involved in a search for a few-percent effect, while also rigorously investigating the statistical interpretation of the findings in the context of a sterile neutrino model.

Among the scientific community, this analysis was quickly recognized as a foundational measurement in light of which all previous evidence for the sterile neutrino must now be (re)interpreted. The existence of sterile neutrinos has long been one of the key questions in the field. Not only are they a central component in many theories of new physics, but a number of past experiments have yielded results consistent with their existence. Nonetheless, they remain controversial: the interpretation of the data showing evidence for these sterile neutrinos is hotly debated.