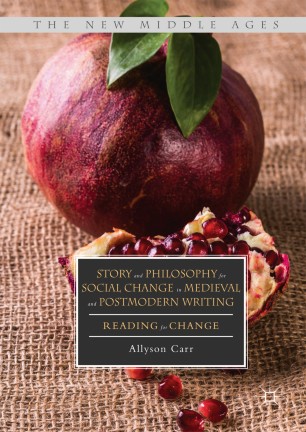 Story and Philosophy for Social Change in Medieval and Postmodern Writing

This book bridges medieval and contemporary philosophical thinkers, examining the relationship between fiction and philosophy for bringing about social change.  Drawing on the philosophical reading and writing practices of medieval author Christine de Pizan and twentieth-century philosopher Luce Irigaray, and through an engagement with Hans-Georg Gadamer’s work on tradition and hermeneutics, it develops means to re-write the stories and ideas that shape society. It argues that reading for change is possible; by increasing our capacity to perceive and engage tradition, we become more capable of positively shaping the forces that shape us. Following the example of the two women whose work it explores, Story and Philosophy works through philosophy and narrative to deeply transform the allegorical, political, and continental tradition it engages. It is essential reading for students and scholars interested in medieval studies, feminist studies, and critical theory.

Allyson Carr is Assistant Professor at Trent University. She has previously worked as the Associate Director of the Centre for Philosophy, Religion, and Social Ethics. Her love of gardening influences her writing. Presently, she is working on a book on the relevance of aesthetics for social philosophy.