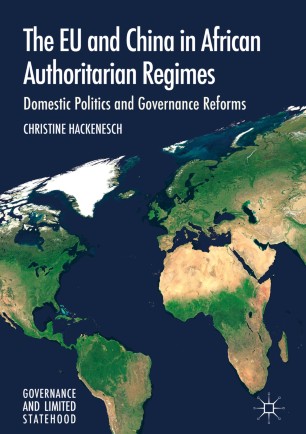 The EU and China in African Authoritarian Regimes

Part of the Governance and Limited Statehood book series (GLS)

This open access book analyses the domestic politics of African dominant party regimes, most notably African governments’ survival strategies, to explain their variance of opinions and responses towards the reforming policies of the EU. The author discredits the widespread assumption that the growing presence of China in Africa has made the EU’s task of supporting governance reforms difficult, positing that the EU’s good governance strategies resonate better with the survival strategies of governments in some dominant party regimes more so than others, regardless of Chinese involvement. Hackenesch studies three African nations – Angola, Ethiopia and Rwanda – which all began engaging with the EU on governance reforms in the early 2000s. She argues that other factors generally identified in the literature, such as the EU’s good governance strategies or economic dependence of the target country on the EU, have set additional incentives for African governments to not engage on governance reforms.