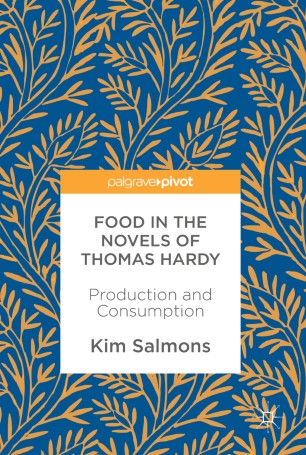 Food in the Novels of Thomas Hardy

This book examines the role of food in the life and works of Thomas Hardy, analysing the social, political and historical context of references to meals, eating and food production during the nineteenth century. It demonstrates how Hardy’s personal relationship to the ‘rustic’ food of his childhood provides the impetus for his fiction, and provides a historical breakdown of the key factors which influenced food regulation and production from the beginning of the nineteenth century to the fin de siècle. This study explores how a sub-textual narrative of food references in The Trumpet-Major and Under the Greenwood Tree captures the instability of the pre-industrial era, and how food and eating act as a means of delineating and exploring ‘character’ and ‘environment’ in The Mayor of Casterbridge. As well as this, it considers rural femininity and the myth of the feminine pastoral in Tess of the d’Urbervilles, and charts the anxieties brought about by the shift in population from a rural to a predominantly urban one and its impact on food production in Jude the Obscure.