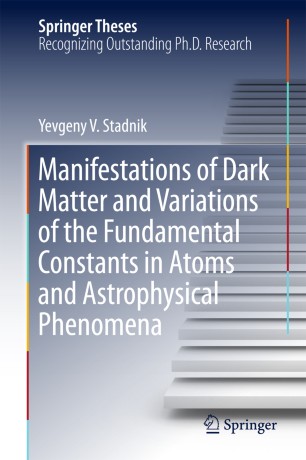 This thesis explores the possibility of searching for new effects of dark matter that are linear in g, an approach that offers enormous advantages over conventional schemes, since the interaction constant g is very small, g<<1. Further, the thesis employs an investigation of linear effects to derive new limits on certain interactions of dark matter with ordinary matter that improve on previous limits by up to 15 orders of magnitude. The first-ever limits on several other interactions are also derived.

Astrophysical observations indicate that there is five times more dark matter—an ‘invisible’ form of matter, the identity and properties of which still remain shrouded in mystery—in the Universe than the ordinary ‘visible’ matter that makes up stars, planets, dust and interstellar gases. Conventional schemes for the direct detection of dark matter involve processes (such as collisions with, absorption by or inter-conversion with ordinary matter) that are either quartic (g4) or quadratic (g2) in an underlying interaction constant g.