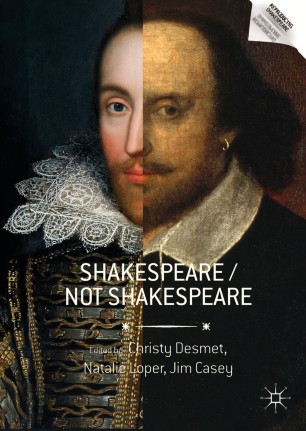 This essay collection addresses the paradox that something may at once “be” and “not be” Shakespeare. This phenomenon can be a matter of perception rather than authorial intention: audiences may detect Shakespeare where the author disclaims him or have difficulty finding him where he is named. Douglas Lanier’s “Shakespearean rhizome,” which co-opts Deleuze and Guattari’s concept of artistic relations as rhizomes (a spreading, growing network that sprawls horizontally to defy hierarchies of origin and influence) is fundamental to this exploration. Essays discuss the fine line between “Shakespeare” and “not Shakespeare” through a number of critical lenses—networks and pastiches, memes and echoes, texts and paratexts, celebrities and afterlives, accidents and intertexts—and include a wide range of examples: canonical plays by Shakespeare, historical figures, celebrities, television performances and adaptations, comics, anime appropriations, science fiction novels, blockbuster films, gangster films, Shakesploitation and teen films, foreign language films, and non-Shakespearean classic films.

Christy Desmet is Josiah Meigs Distinguished Teaching Professor at the University of Georgia.

Natalie Loper is Instructor and Assistant Director of First-Year Writing at The University of Alabama.