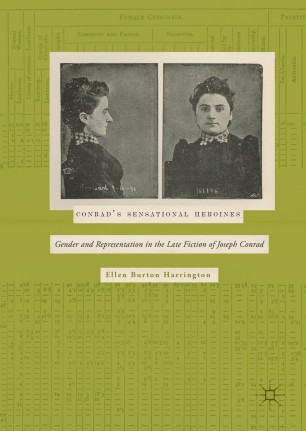 Gender and Representation in the Late Fiction of Joseph Conrad

This volume considers Joseph Conrad’s use of multiple genres, including allusions to sensation fiction, pornography, anthropology, and Darwinian science, to respond to Victorian representations of gender in layered and contradictory representations of his own. In his stories and later novels, the familiar writer of sea stories centered on men moves to consider the plight of women and the challenges of renegotiating gender roles in the context of the early twentieth century. Conrad’s rich and conflicted consideration of subjectivity and alienation extends to some of his women characters, and his complex use of genre allows him both to prompt and to subvert readers’ expectations of popular forms, which typically offer recognizable formulas for gender roles. He frames his critique through familiar sensationalized typologies of women that are demonstrated in his fiction: the violent mother, the murderess, the female suicide, the fallen woman, the adulteress, and the traumatic victim. Considering these figures through the roles and the taxonomies that they simultaneously embody and disrupt, this study exposes internalized patriarchal expectations that Conrad presents as both illegitimate and inescapable.

Ellen Burton Harrington is Associate Professor of English at the University of South Alabama. She has published previously on nineteenth-century sensation and detective fiction and the influence of these genres and criminal anthropology on the work of Joseph Conrad.