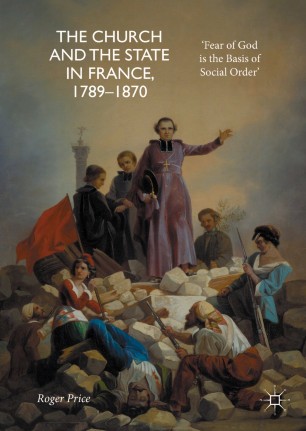 'Fear of God is the Basis of Social Order'

This book explores the responses of the Roman Catholic Church to the French Revolution beginning in 1789, to the liberal revolution in 1830, and particularly the democratic revolution of 1848 in France, and asks how these events were perceived and explained. Informed by the collective memory of the first revolution, how did the Church react to renewed ‘catastrophe’? How did it seek to influence political choice? Why did authoritarian government prove to be so attractive? This is a study of the impact of religion on political behaviour, as well as of the politicisation of religion. Roger Price employs the methodology of the social and cultural historian to explain the development and interaction of two key institutions, Church and State, during a period of political and social upheaval. Drawing on a wide range of archival and printed primary sources, as well as secondary literature, this book analyses the diverse perceptions of people with power and the impact of their decisions, and the responses, of a wide range of individuals and communities.