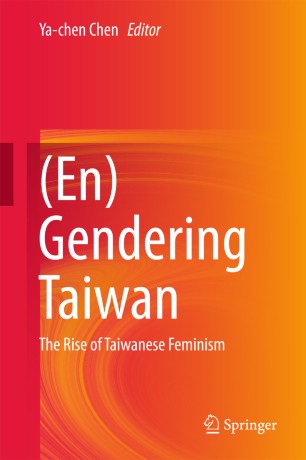 The Rise of Taiwanese Feminism

This book highlights the diversity and richness of non-Mainland China and Taiwan-oriented gender issues from a unique Taiwanese perspective, in contrast to previous studies that have often placed Taiwanese gender issues under the huge umbrella of Mainland Chinese, Communist Chinese, or P.R.C. women’s and gender studies. In a follow-up dialogue to and with Liu’s, Karl’s, and Ko’s The Birth of Chinese Feminism, this book looks at the various metaphorical details of that “birth” and the different dimensions of Mainland Chinese versus Taiwanese feminism and gender issues. Although Chinese-heritage people share similar traditions, different gender problems have occurred in and challenged various local conditions of Chinese-speaking areas. Taiwan’s gender issues have reflected Taiwan’s unique historical, sociocultural, economic, political, (post)colonial, military, and diplomatic backgrounds, in ways unfamiliar to the many people with a Chinese background who are not Taiwanese. This volume gives a historical outline of the people and events that paved the way for the rise of Taiwanese feminism, and includes portraits of famous feminists, gender issues in institutions, and a variety of gender concerns.