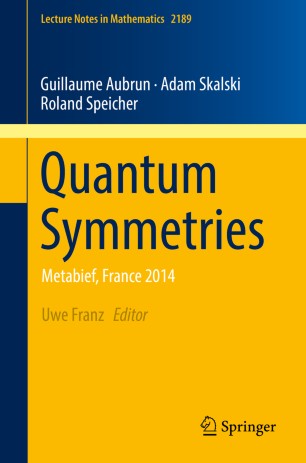 A special focus is given to the role of symmetry in non-commutative probability, in the theory of quantum groups, and in quantum physics. The first lecture presents the close connection between distributional symmetries and independence properties. The second introduces many structures (graphs, C*-algebras, discrete groups) whose quantum symmetries are much richer than their classical symmetry groups, and describes the associated quantum symmetry groups. The last lecture shows how functional analytic and geometric ideas can be used to detect and to quantify entanglement in high dimensions.

The book will allow graduate students and young researchers to gain a better understanding of free probability, the theory of compact quantum groups, and applications of the theory of Banach spaces to quantum information. The latter applications will also be of interest to theoretical and mathematical physicists working in quantum theory.