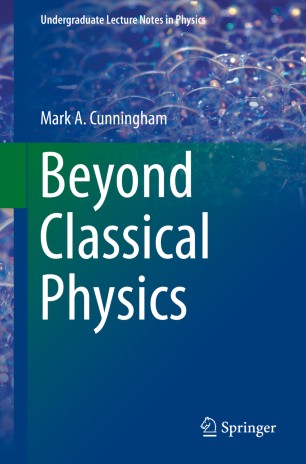 This undergraduate textbook discusses the nature of the microscopic universe from a modern perspective, based on Einstein's notions of relativity and Noether's proof of the emergence of conservation laws from symmetries of the equations of motion. These ideas drove the development of the Standard Model of particle physics and string theory. The second half of the book explores various aspects of many-body physics, ranging from chemical systems to plasmas to black holes. Like the previous textbook authored by by Mark Cunningham, Neoclassical Physics, this text uses a guided discovery approach of instruction, highlighting the experimental results that drove development of our modern picture of subatomic physics. Many problems utilize Mathematica software to enable students to explore the meaning of different equations in a graphical manner. Students will gain an appreciation of the current state of physical theory, in preparation for more detailed, advanced study as upperclassmen.

Mark Cunningham received his BS in Physics from Rice University in 1976 and a Ph.D. in theoretical nuclear physics from Yale University in 1982. After a lengthy career in industry, working on remote sensing and non-destructive testing, Dr. Cunningham returned to academic pursuits that centered on structural biology. He taught at The University of Texas-Pan American for nine years, including numerous sections of University Physics.