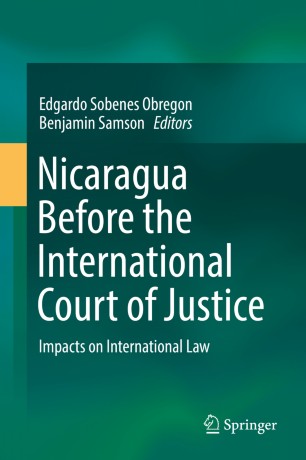 Nicaragua Before the International Court of Justice

This book analyses Nicaragua's role in the development of international law, through its participation in cases that have come before the International Court of Justice. Nicaragua has appeared before the ICJ in fourteen cases, either as an applicant, respondent or intervening State, thus setting an important example of committment to the peaceful judicial settlement of disputes. The “Nicaraguan” cases have enabled the ICJ to take positions on and clarify a whole range of important procedural, jurisdictional and substantive legal issues, which have inspired the jurisprudence of international and regional courts and tribunals and influenced the development of international law.
The book focuses on reviewing Nicaragua's cases before the ICJ, using a thematic approach to identify their impact on international law. Each chapter includes a discussion of the relevant cases on a particular theme and their impact over time on general as well as specific branches of international law, notably through their use as precedent by other international and regional courts and tribunals.