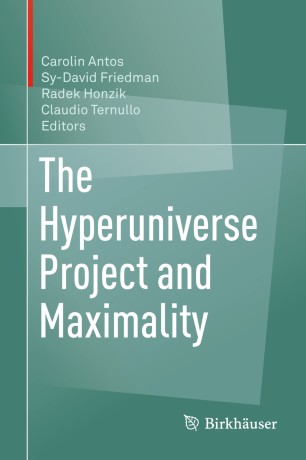 The Hyperuniverse Project and Maximality

This collection documents the work of the Hyperuniverse Project which is a new approach to set-theoretic truth based on justifiable principles and which leads to the resolution of many questions independent from ZFC.

The contributions give an overview of the program, illustrate its mathematical content and implications, and also discuss its philosophical assumptions. It will thus be of wide appeal among mathematicians and philosophers with an interest in the foundations of set theory.