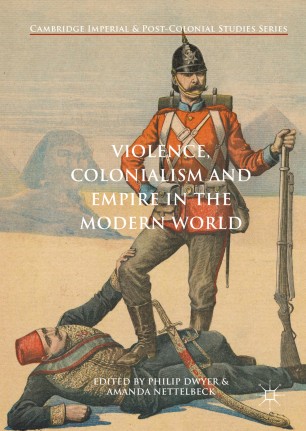 Violence, Colonialism and Empire in the Modern World

This book explores the theme of violence, repression and atrocity in imperial and colonial empires, as well as its representations and memories, from the late eighteenth through to the twentieth century. It examines the wide variety of violent means by which colonies and empire were maintained in the modern era, the politics of repression and the violent structures inherent in empire. Bringing together scholars from around the world, the book includes chapters on British, French, Dutch, Italian and Japanese colonies and conquests. It considers multiple experiences of colonial violence, ranging from political dispute to the non-lethal violence of everyday colonialism and the symbolic repression inherent in colonial practices and hierarchies. These comparative case studies show how violence was used to assert and maintain control in the colonies, contesting the long held view that the colonial project was of benefit to colonised peoples.