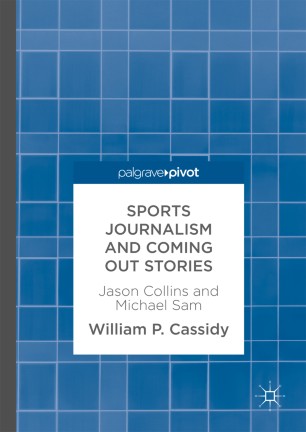 Sports Journalism and Coming Out Stories

This book examines how sports journalists covered the historic coming out stories of National Basketball Association (NBA) veteran Jason Collins and football All-American Michael Sam in the context of sports’ “toy department” reputation as a field whose standards are often criticized as lacking in rigor and depth compared to other forms of journalism. Employing a media sociology approach, reporting about Collins and Sam is addressed in the book via three content analysis studies and interviews with two prominent sports journalists. An overview of other pertinent research is provided along with a detailed account of both athletes’ stories. This work should appeal to readers interested in sports journalism, the role of sport in society, and media coverage of gay professional athletes.