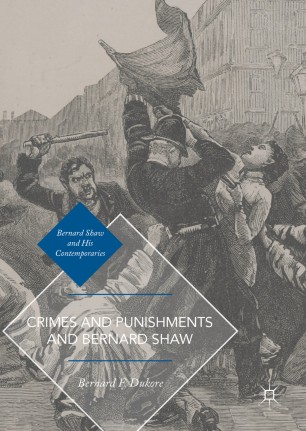 Crimes and Punishments and Bernard Shaw

This book analyzes the interaction of crimes, punishments, and Bernard Shaw in the nineteenth and twentieth centuries. It explores crimes committed by professional criminals, nonprofessional criminals, businessmen, believers in a cause, the police, the Government, and prison officials. It examines punishments decreed by judges, juries, colonial governors, commissars, and administered by the police, prison warders, and prison doctors. It charts Shaw's view of crimes and punishments in dramatic writings, non-dramatic writings, and his actions in real life. This book presents him in the context of his contemporaries and his world, inviting readers to view crimes and punishments in their context, history, and relevance to his ideas in and outside his plays, plus the relevance of his ideas to crimes and punishments in life.