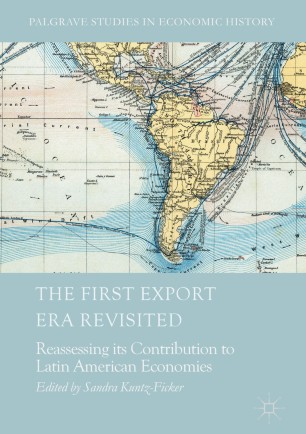 This book challenges the wide-ranging generalizations that dominate the literature on the impact of export-led growth upon Latin America during the first export era. The contributors to this volume contest conventional approaches, stemming from structuralism and dependency theory, which portray a rather negative view of the impact of nineteenth-century globalization upon Latin America. It has been considered that, as a result of the role of Latin American countries as providers of raw materials produced in enclaves dominated by foreign capital, their participation in the world economy has had adverse consequences for their long-term development. This volume addresses a representative sample of countries with varied initial conditions and resource endowments, a diverse productive specialization, as well as different degrees of integration to the world economy. This allows a direct comparison among the different experiences within the region, which in turn enables a more nuanced understanding of the contribution of exports to economic growth and economic modernization. Eight national case studies are presented – Argentina, Brazil, Colombia, Chile, Peru, Mexico, Bolivia and Uruguay – which offer an insight into the successes of a region traditionally viewed as disadvantaged by globalization and export-led growth.