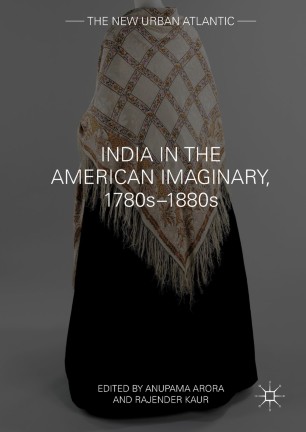 Part of the The New Urban Atlantic book series (NUA)

This book seeks to frame the “the idea of India” in the American imaginary within a transnational lens that is attentive to global flows of goods, people, and ideas within the circuits of imperial and maritime economies in nineteenth century America (roughly 1780s-1880s). This diverse and interdisciplinary volume – with essays by upcoming as well as established scholars – aims to add to an understanding of the fast changing terrain of economic, political, and cultural life in the US as it emerged from being a British colony to having imperial ambitions of its own on the global stage. The essays trace, variously, the evolution of the changing self-image of a nation embodying a surprisingly cosmopolitan sensibility, open to different cultural values and customs in the late eighteenth and early nineteenth century to one that slowly adopted rigid and discriminatory racial and cultural attitudes spawned by the widespread missionary activities of the ABCFM and the fierce economic pulls and pushes of American mercantilism by the end of the nineteenth century. The different uses of India become a way of refining an American national identity.

“India in the American Imaginary reject monolithic explanation and provide diverse and new perspectives on how Europeans or Americans related to Indians and Indian culture and society. These images and interactions are contextualized in realms … thereby making them appealing to the interest of students and scholars in many disciplines.” (Tara Sethia, Journal of World History, Vol. 30 (4), December, 2019)
Buy options