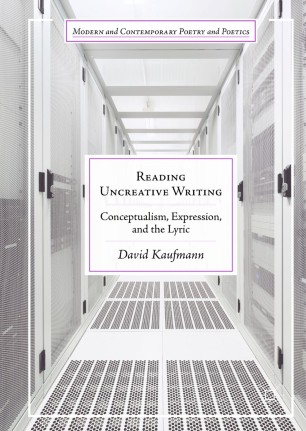 Conceptualism, Expression, and the Lyric

This book examines Uncreative Writing—the catch-all term to describe Neo-Conceptualism, Flarf and related avant-garde movements in contemporary North American poetry—against a decade of controversy. David Kaufman analyzes texts by Kenneth Goldsmith, Vanessa Place, Robert Fitterman, Ara Shirinyan, Craig Dworkin, Dan Farrell and Katie Degentesh to demonstrate that Uncreative Writing is not a revolutionary break from lyric tradition as its proponents claim. Nor is it a racist, reactionary capitulation to neo-liberalism as its detractors argue. Rather, this monograph shows that Uncreative Writing’s real innovations and weaknesses become clearest when read in the context of the very lyric that it claims to have left behind.