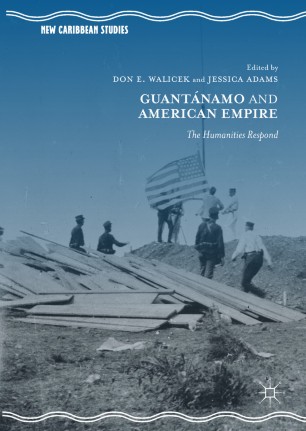 This book explores the humanities as an insightful platform for understanding and responding to the military prison at Guantánamo Bay, other manifestations of “Guantánamo,” and the contested place of freedom in American Empire. It presents the work of scholars and writers based in Cuba’s Guantánamo Province and various parts of the US. Its essays, short stories, poetry, and other texts engage the far-reaching meaning and significance of Gitmo by bringing together what happens on the U.S. side of the fence—or “la cerca,” as it is called in Cuba—with perspectives from the outside world. Chapters include critiques of artistic renderings of the Guantánamo region; historical narratives contemplating the significance of freedom; analyses of the ways the base and region inform the Cuban imaginary; and fiction and poetry published for the first time in English. Not simply a critique of imperialism, this volume presents politically engaged commentary that suggests a way forward for a site of global contact and conflict.

Don E. Walicek is Associate Professor of English and Linguistics in the College of Humanities at the University of Puerto Rico’s Río Piedras Campus. He is the Editor of the journal Sargasso and the author of numerous chapters and articles on language and social life in the Caribbean.

Jessica Adams is Assistant Professor of English and a member of the General Studies faculty at the University of Puerto Rico’s Río Piedras Campus. Her previous publications include Wounds of Returning: Race, Memory, and Property on the Post-Slavery Plantation.

“This is a very satisfying collection for those of us who default to thinking of Guantánamo as just a carceral space. Full of provocative forays into history, criticism, poetry, and intertextual analysis, the book reveals some of the extraordinary cultural context in which our extralegal prison resides. The pieces remind me of the waves described by my clients in their poetry from the prison—insistent, mesmerizing, strange. Their effect is cumulative, and begin to make Guantánamo an intellectually more visible place.” (Mark Falkoff, Professor of Law at Northern Illinois University, USA)

“Even as the post-9/11 war on terror has shifted critiques of U.S. foreign policy away from the Americas, Guantánamo and American Empire reminds us of the ongoing centrality of the Caribbean to understanding the past and present of U.S. imperialism. The book offers important and original perspectives from scholars and artists in the United States, Cuba, and other parts of the Caribbean. The result is a powerful portrait of how asylum seekers and refugees, enemy combatants and those labeled as terrorists, and even everyday Caribbean people, all become the enemies of the state that Guantánamo exists to contain and exclude. Focusing on Guantánamo shows how violence and subjugation remain at the center of U.S. Empire.” (Raphael Dalleo, author of American Imperialism's Undead: The Occupation of Haiti and the Rise of Caribbean Anticolonialism, 2016, USA)

“I will hereafter think and feel differently (and more deeply) on hearing that sonorous and evocative name, "Guantánamo," thanks to reading this book. This engagingly varied volume combines genres of historical and anthropological analysis, media and cultural studies, testimonial, polemic, poetry and interview to shine the bright light of nuance on a subject so obscured by dense layers of propaganda and symbolic invocation as to have almost entirely disappeared from view as an actual place. In illuminating the many uses and abuses of Guantánamo through close and clear-eyed attention to lived experiences as well as the historical record, it offers itself as an excellent example of the power of advocacy inherent in Humanities research, its capacity to intervene in radical and distinctive ways in political debates  ... .” (Ian Craig, Senior Lecturer in Spanish, University of the West Indies at Cave Hill, Barbados)