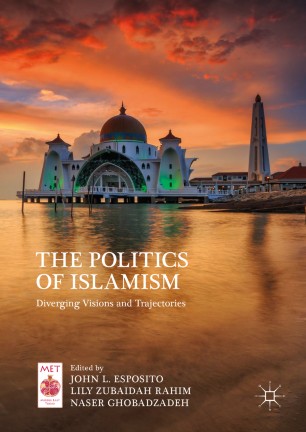 The Politics of Islamism

This book offers a nuanced and muti-layered approach towards comprehending the possibilities of democratization or likelihood of authoritarian resilience in the Muslim world. The volume highlights the complex diversity within Islamist movements and parties— characterised by internal tensions, struggles and contestations. The very existence of this diversity within and among Islamist movements, and their general willingness to partake in mainstream politics, signals an important transformation in the Muslim world over recent decades. It demonstrates that the Muslim world has gravitated from the simplistic focus on the compatibility or incompatibility of Islam and democracy. Islamist movements and parties embody the multiple manifestations and trajectories within political Islam. The granular case-studies and theological analyses in this volume draw attention to the policy refinements, socio-political reforms and ideological transformations engendered by Muslim intellectuals and Islamist movements and ideologues. The diverse political landscape in the Muslim world is inextricably linked to the socio-political and theological shifts within Islamism—in particular, the yearning for greater social, economic and political justice, a yearning that lies at the core of an inclusive wasatiyyah Islam.
John Louis Esposito is University Professor, Professor of Religion and International Affairs and of Islamic Studies and Founding Director of the Prince Alwaleed bin Talal Center for Muslim-Christian Understanding at Georgetown University, USA.
Lily Zubaidah Rahim is Associate Professor in the Department of Government and International Relations at the University of Sydney, Australia.
Naser Ghobadzadeh is Research Fellow at the Institute for Social Justice at the Australian Catholic University in Sidney, Australia.