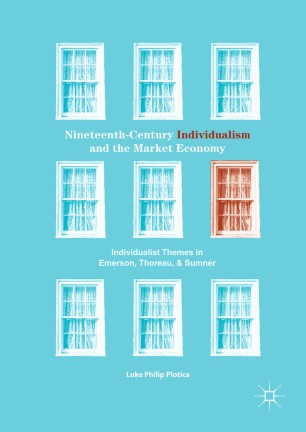 Nineteenth-Century Individualism and the Market Economy

This book studies nineteenth-century American individualism and its relationship to the simultaneous rise of the market economy as articulated in the works of Ralph Waldo Emerson, Henry David Thoreau, and William Graham Sumner.  The argument of the book is that these thinkers offer distinct visions of individualism that reflect their respective understandings of the market, and provide thoughtful and insightful perspectives upon the promise and peril of this economic and social order. Looking back to Emerson, Thoreau, and Sumner furnishes valuable insights about the history of American political and social thought, as well as about the complexity of one of the most basic and prevalent relationships of modern life: that between the individual and the institutional complex of the market.