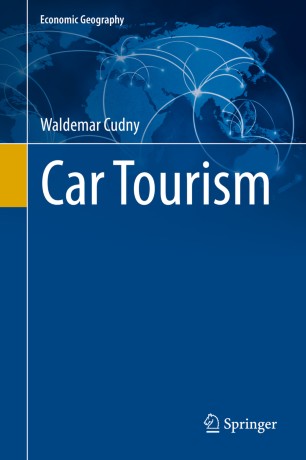 This book examines the role of cars and the space connected with their production and presentation in tourism development. It describes the role played by experiences and experience societies formed in the 20th c. in the development of contemporary tourism, including tourism related to cars. The book explores the influence of experiencing unusual events, such as car races, car fairs, visits to car industry museums or multifunctional spaces connected with producing and exhibiting cars (e.g. Autostadt or Audi Forum) on the development of a new type of tourism, i.e. car tourism. This kind of tourism is novel in two ways: firstly, it is a new phenomenon in science, as so far it has not been thoroughly studied or described, apart from various short articles. Secondly, this type of tourism has developed on a large scale only in recent years, mainly due to the huge investments made by powerful Europe

The book presents cars and the spaces related to them as tourist assets (sites, events) and as tourist products that satisfy tourists’ needs. Moreover, it connects the issue of car tourism to the marketing strategies of large car manufacturers and discusses the theory of tourism space, highlighting the main tourism spaces in which car tourism develops. It presents multifunctional spaces (factories, adventure centres – Autostadt in Wolfsburg), museums, car exhibitions, and race tracks. In the next chapter, following an introduction to the problem of events, the author describes events related to car tourism, including races, rallies, driving schools and car fairs. The book ends with a summarizing chapter, which includes a model of the function of car tourism as a separate type of tourism, as well as a discussion presenting the main features, advantages and disadvantages of car tourism in the context of the tourism space theory.

Dr Waldemar Cudny gained his education in Poland, at the Faculty of Geographical Sciences, University of Łódź. He received the PhD degree in Earth Sciences, in the field of socio-economic geography in 2004 and the MA degree in Geography, in the field of spatial economy and spatial urban planning in 1999. Since 2005, he has been employed as an assistant professor at the Institute of Tourism and Economic Development, in the Tomaszów Mazowiecki branch of the University of Łódź. Dr Waldemar Cudny specialises in several main research themes. The first of them is the analysis of the socio-economic and spatial transformations taking place in European cities. The other one are issues related to urban culture, festivals and events. He investigated the role of festivals in the socio – economic development of urban areas and in creation of tourism. In the last years Dr Waldemar Cudny was involved in new research project devoted to the use of cars and spaces connected with cars production, use and presentation in creation of tourism phenomena. For the purposes of this research he cooperated with large car manufacturers (e.g.Volkswagen, Porsche, Audi, Lamborghini) as well as with different private and public institutions (e.g. museums, race tracks etc.). By 2016, Dr Cudny has published (individually and as a co-author) the total of over 50 reviewed scientific works in the form of books, articles, and chapters in monographs. The last book, published by Springer Nature in 2016, was devoted to the festivalisation of urban spaces. Dr Cudny is also an experienced academic teacher. In his career so far, he has taught subjects related to urban, cultural geography and tourism. In recent years, he has done research and conducted classes at foreign universities,e.g. the Comenius University in Bratislava (Slovakia), the Catholic University of Eichstätt- Ingolstadt and Justus Liebig-Universität in Giessen (Germany), Umea University (Sweden)and Birmingham University (Great Britain).