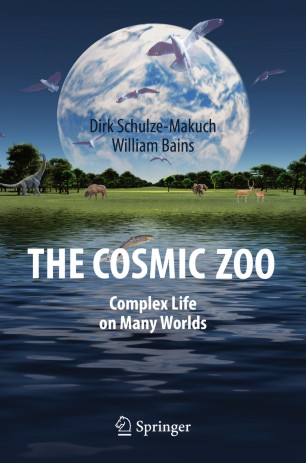 Complex Life on Many Worlds

Are humans a galactic oddity, or will complex life with human abilities develop on planets with environments that remain habitable for long enough? In a clear, jargon-free style, two leading researchers in the burgeoning field of astrobiology critically examine the major evolutionary steps that led us from the distant origins of life to the technologically advanced species we are today.

Are the key events that took life from simple cells to astronauts unique occurrences that would be unlikely to occur on other planets? By focusing on what life does - it's functional abilities - rather than specific biochemistry or anatomy, the authors provide plausible answers to this question. Systematically exploring the various pathways that led to the complex biosphere we experience on planet Earth, they show that most of the steps along that path are likely to occur on any world hosting life, with only two exceptions: One is the origin of life itself – if this is a highly improbable event, then we live in a rather “empty universe”. However, if this isn’t the case, we inevitably live in a universe containing a myriad of planets hosting complex as well as microbial life - a “cosmic zoo”. The other unknown is the rise of technologically advanced beings, as exemplified on Earth by humans. Only one technological species has emerged in the roughly 4 billion years life has existed on Earth, and we don’t know of any other technological species elsewhere. If technological intelligence is a rare, almost unique feature of Earth's history, then there can be no visitors to the cosmic zoo other than ourselves.

Schulze-Makuch and Bains take the reader through the history of life on Earth, laying out a consistent and straightforward framework for understanding why we should think that advanced, complex life exists on planets other than Earth. They provide a unique perspective on the question that puzzled the human species for centuries: are we alone?

Dirk Schulze-Makuch is a professor at the Technical University Berlin, Germany and an adjunct professor at Arizona State University and Washington State University. A geoscientist turned microbiologist and astrobiologist he has researched how life interacts with its natural environment for over 25 years. He is interested in all aspects of astrobiology, but particularly whether other planets and moons inside and outside of our Solar System could serve as a potential habitat for life. Dirk Schulze-Makuch is best known for his publications on extraterrestrial life, which span nearly 200 scientific articles and several books such as Life in the Universe: Expectations and Constraints (2004, 2008), A One Way Mission to Mars: Colonizing the Red Planet (2011), and Cosmic Biology: How Life could Evolve on Other Worlds (2011). In 2012 and 2017 he also published with David Darling Megacatastrophes! Nine Strange Ways the World Could End and The Extraterrestrial Encyclopedia, respectively.

William Bains is a researcher at MIT in Cambridge, MA, and lecturer at the University of Warwick and elsewhere in the UK. Originally trained as a biochemist, he has spent most of his career in the biotechnology industry, where his research focused on how the chemistry of life works, and how it fails. He has founded five biotechnology companies, and helped create many others, three of which are currently listed on the London Stock Exchange. His astrobiological research for over 15 years has focused on the chemistry of life, how it might vary on other worlds, and how we might detect life there. William has written four previous books and over 100 research papers on topics as diverse as drug chemistry, company law and finance, and evolutionary theory, as well as the search for life – simple and complex – on other worlds.