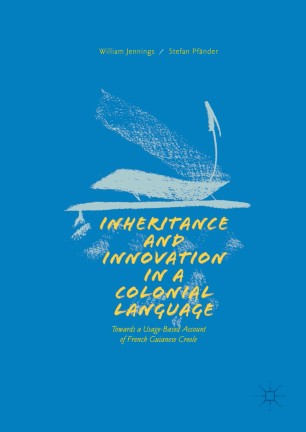 Inheritance and Innovation in a Colonial Language

This book takes a fresh approach to analysing how new languages are created, combining in-depth colonial history and empirical, usage-based linguistics. Focusing on a rarely studied language, the authors employ this dual methodology to reconstruct how multilingual individuals drew on their perception of Romance and West African languages to form French Guianese Creole. In doing so, they facilitate the application of a usage-based approach to language while simultaneously contributing significantly to the debate on creole origins. This innovative volume is sure to appeal to students and scholars of language history, creolisation and languages in contact.

William Jennings is Senior Lecturer in French language, linguistics and culture at the University of Waikato, New Zealand. His research interests lie primarily within French colonial and encounter history, with a particular focus on the emergence of creole languages and societies.

Stefan Pfänder is Full Professor of Romance linguistics at Albert-Ludwigs-Universitäts Freiburg, Germany. His teaching focuses on French, Spanish, Italian and Creole, while his research centres around the emergence of grammatical constructions in interaction, and usage-based models of language variation and change.

Chapter 3 is published open access under a CC BY 4.0 license.