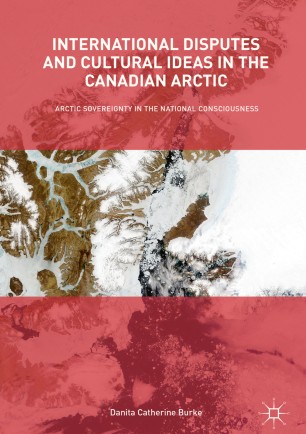 International Disputes and Cultural Ideas in the Canadian Arctic

Arctic Sovereignty in the National Consciousness

“Today, when much IR literature about Arctic affairs focuses on the regional level, and where ‘governance’ is something of a buzzword, Danita Catherine Burke’s book offers a fresh alternative. If you want to understand Canada’s approach to the Arctic, Burke argues, you have to acknowledge the importance of cultural and political ideas that play out on the domestic level. After reading this book, I am convinced she is right.”

“Dr. Burke’s work serves to correlate a burgeoning Canadian identity with the momentum of history viewed across the growing awareness of a young nation’s respons

ibilities in its own back yard. She posits an evolving grasp of the Arctic within the hearts and minds of the Canadian Citizen. It is this burgeoning awareness within the Public Square, to claim sovereignty within and beyond the cold and remote icescape of the North, which ultimately defines Canada’s Crown Jewel.”