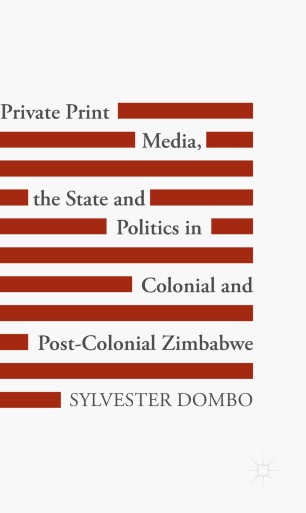 Private Print Media, the State and Politics in Colonial and Post-Colonial Zimbabwe

This book examines the role played by two popular private newspapers in the struggle for democracy in Zimbabwe, one case from colonial Rhodesia and the other from the post-colonial era. It argues that, operating under oppressive political regimes and in the dearth of credible opposition political parties or as a platform for opposition political parties, the African Daily News, between 1956-1964, and the Daily News, between 1999-2003, played an essential role in opening up spaces for political freedom in the country. Both newspapers were ultimately shut down by the respective government of the time. The newspapers allowed reading publics the opportunity to participate in politics by providing a daily analytical alternative, to that offered by the government and the state media, in relation to the respective political crises that unfolded in each of these periods. The book further examines both the information policies pursued by the different governments and the way these affected the functioning of private media in their quest to provide an "ideal" public sphere. It explores issues of ownership, funding and editorial policies in reference to each case and how these affected the production of news and issue coverage. It considers issues of class and geography in shaping public response. It also focuses on state reactions to the activities of these newspapers and how these, in turn, affected the activities of private media actors. Finally, it considers the cases together to consider the meanings of the closing down of these newspapers during the two eras under discussion and contributes to the debates about print media vis-à-vis the new forms of media that have come to the fore.