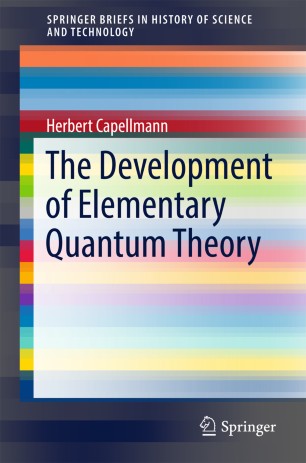 The Development of Elementary Quantum Theory

This book traces the evolution of the ideas that eventually resulted in the elementary quantum theory in 1925/26. Further, it discusses the essential differences between the fundamental equations of Quantum Theory derived by Born and Jordan, logically comprising Quantum Mechanics and Quantum Optics, and the traditional view of the development of Quantum Mechanics. Drawing on original publications and letters written by the main protagonists of that time, it shows that Einstein’s contributions from 1905 to 1924 laid the essential foundations for the development of Quantum Theory. Einstein introduced quantization of the radiation field; Born added quantized mechanical behavior. In addition, Born recognized that Quantum Mechanics necessarily required Quantum Optics; his radical concept of truly discontinuous and statistical quantum transitions (“quantum leaps”) was directly based on Einstein’s physical concepts.