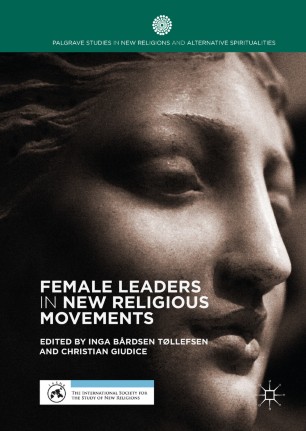 In this book, historians of religion and gender studies explore the biographies of a number of female leaders, and the factors within their groups and cultural contexts that support these women’s religious leadership. New Religious Movements have been supportive of women taking roles of leadership for a long time.  Authors of this book examine issues of gender and female leadership from diverse theoretical and methodological standpoints. The book covers a broad range of groups both with regard to time and place, covering Paganism, Hindu guru groups, Christian organizations, esoteric/ mystical movements, African churches, and a Japanese NRM.  The common focal point is the powerful, prophetic, charismatic women who have founded and/ or led New Religious Movements.

Inga Bårdsen Tøllefsen is a PhD Candidate in Religious Studies at UiT The Arctic University of Norway. She has published several articles/book chapters on gender, NRMs, and the new age movement. She has co-edited anthologies such as Nordic New Religions (2015) and, The Oxford Handbook of New Religious Movements (2016).

Christian Giudice is a scholar of Western esotericism and New Religious Movements at the University of Gothenburg, Sweden. He has published several articles and book chapters on the history of Occultism and New Religious Movements and has also focused his research within the field of Traditionalism and Occultism. He is the editor of the newsletter for the European Society for the Study of Western esotericism and chair of the network WEAVE: Western Esotericism and the Visual Arts.

“This book is a seriously important opening statement to what will hopefully continue as a lengthy and well-informed conversation for both participants of new religions and scholars in religious studies alike. This volume deserves a wide readership and is highly recommended.” (Carole M. Cusack, Nova Religio, Vol. 22 (4), May, 2019)