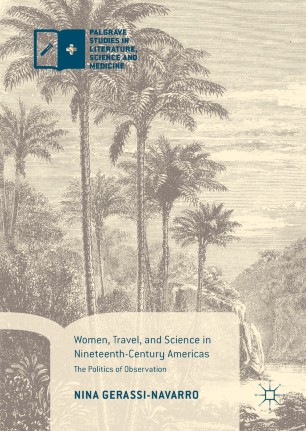 The Politics of Observation

This book offers a new and insightful look at the interconnections between the United States, Brazil and Mexico during the nineteenth century. Gerassi-Navarro brings together U.S. and Latin American Studies with her analysis of the travel narratives of Frances Calderón de la Barca and Elizabeth Cary Agassiz. Inspired by the writings of Alexander von Humboldt these women, in their travels, expand his views on the tropics to include a social dimension to their observations on nature, culture, race, and progress in Brazil and Mexico. Highlighting the role of women as a new kind of observer as well as the complexity of connections between the United States and Latin America, Gerassi-Navarro interweaves science, politics, and aesthetics in new transnational frameworks.