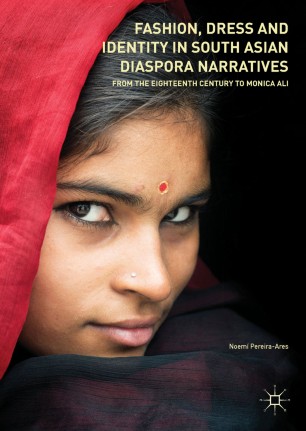 From the Eighteenth Century to Monica Ali

This book is the first book-length study to explore the sartorial politics of identity in the literature of the South Asian diaspora in Britain. Using fashion and dress as the main focus of analysis, and linking them with a myriad of identity concerns, the book takes the reader on a journey from the eighteenth century to the new millennium, from early travel account by South Asian writers to contemporary British-Asian fictions. Besides sartorial readings of other key authors and texts, the book provides an in-depth exploration of Kamala Markandaya’s The Nowhere Man (1972), Hanif Kureishi’s The Buddha of Suburbia (1990), Meera Syal’s Life Isn’t All Ha Ha Hee Hee (1999) and Monica Ali’s Brick Lane (2003).This work examines what an analysis of dress contributes to the interpretation of the featured texts, their contexts and identity politics, but it also considers what literature has added to past and present discussions on the South Asian dressed body in Britain. Endowed with an interdisciplinary emphasis, the book is of interest to students and academics in a variety of fields, including literary criticism, socio-cultural studies and fashion theory.