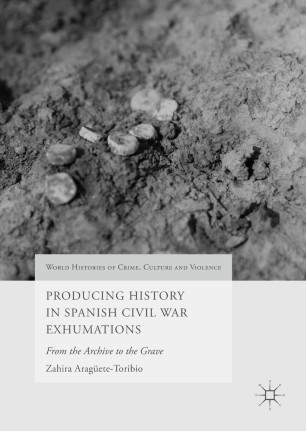 From the Archive to the Grave

This book follows the efforts of different groups of families, historians, memory activists and forensic experts to assemble information about unatoned mass crimes committed during and after the Spanish Civil War (1936-1939), in order to attain their recognition by the Spanish state in the present. It examines how the exhumation of mass graves containing the corpses of Republican victims killed in extrajudicial executions by Francoist supporters has created, in the last years, new forms of historical and political enunciation which did not exist before. During the exhumation process, the study argues, the corpse, the document and the oral testimony have become key traces through which to discern the extent of Francoist repression. Analyzing familial and expert exchanges with these artefacts, between the archive and the grave, the volume considers how new versions of history are constructed in a landscape of distinct and complex generational experiences, memory politics and enduring silences.

Zahira Aragüete-Toribio is currently Postdoctoral Researcher in the ‘Right to Truth, Truth(s) through Rights: Mass Crimes Impunity and Transitional Justice’ project funded by the Swiss National Fund and hosted at the Law Department of the University of Geneva, Switzerland.