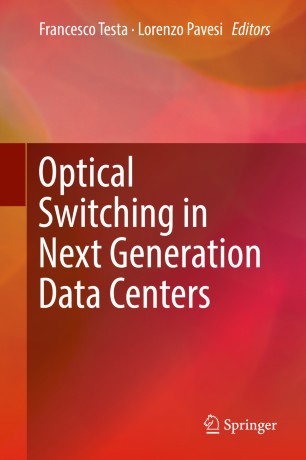 Dr. Francesco Testa is Principal Researcher at Ericsson Research in Pisa. He received the Engineering degree , summa cum laude, from the University of Rome in 1980. In 1982 he received a scholarship from Fondazione Ugo Bordoni in Rome, for researching on integrated optics.  He started working in 1985 at Alcatel-Face Italy on the research of coherent optical systems. He joined Ericsson in Rome  in 1991, where he worked on the first demonstrations of WDM transport  systems in the framework of the European projects RACE and ACTS. He was later involved in the hardware design and development of transmission and switching equipments for SDH, DECT, Local Multipoint Distribution System (LMDS),  GSM and Access networks products. He is currently engaged in the research on optical systems and photonic integrated technologies for 5G and data center networks. He has co-authored many papers in the field of optical communications and he was invited speaker at ECOC 2015 conference in Valencia and at the SPIE Conference on Silicon Photonics and Photonic Integrated Circuits in Brussels in 2012. He holds more than 40 patents. He is the technical coordinator of the IRIS project in the FP7 European Union Framework Program. He has co-authored a chapter of the book Silicon Photonics III edited by Lorenzo Pavesi and David Lockwood, Topics in Applied Physics vol 122 (Springer-Verlag, 2016).

Dr. Lorenzo Pavesi is a Professor of Experimental Physics, director of the Nanoscience Laboratory  and head of the Department of Physics at the University of Trento. He received his PhD in Physics in 1990 at the Ecole Polytechnique Federale of Lausanne). He founded the research activity in semiconductor optoelectronics at the University of Trento and started several laboratories of photonics, growth and advanced treatment of materials. He was the first president and founder of the IEEE italian chapter on Nanotechnology. His interests encompass classical and quantum integrated silicon photonics.  He is a frequently invited reviewer, monitor or referee for photonics projects by several grant agencies. He is an author or co-author of more than 400 papers, author of several reviews, editor of more than 20 books (including the successful books Silicon Photonics I,II,III, Topics in Applied Physics, Springer-Verlag), author of 2 books and holds 7 patents. He is chief specialty editor of the section Optics and Photonics of Frontiers in Materials, and in the editorial board of APL Materials and Research Letters in Physics.. In 2010 and 2011 he was elected distinguished speaker of the IEEE- Photonics society. He is a fellow of IEEE and senior member of SPIE. He holds an H-number of 53 according to the web of science and of 64 according to Google Scholar.