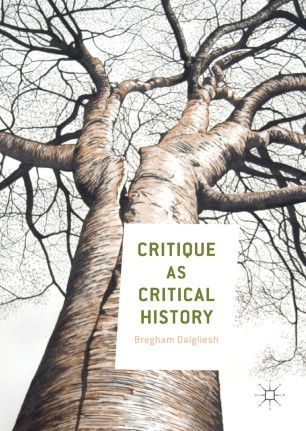 This book presents the first sustained articulation of a Foucauldian œuvre. It situates Foucault’s critique within the tradition of Kant’s call for a philosophical archaeology of reason; in parallel, it demonstrates the priority in Foucault’s thought of Nietzsche over Heidegger and the framing of reason against an ontology of power. Bregham Dalgliesh hereby claims that at the heart of the Foucauldian œuvre is the philosophical method of critical history. Its task is to make the will to know that drives thought conscious of itself as a problem, especially the regimes of truth that define our governmentalities. By revealing the contingency of their constituent parts of knowledge, power and ethics, Dalgliesh demonstrates that critical history offers an alternative mode of critique to the hithertofore singular reading of the intellectual heritage of enlightenment, while it fosters an agonistic concept of freedom in respect of our putatively necessary limits.

Bregham Dalgliesh is associate professor at the University of Tokyo, Japan. He previously taught in Canada, the U.K. and France, where he remains an associate researcher of LASCO (Laboratoire Sens et Compréhension du monde contemporain) at the Institut Mines-Télécom. He has published widely across disciplines, with the task of philosophical critique taken up through an engagement with the multifarious effects of technoscience on the human condition.

“This book provides a definitive response to the view that Foucault is an anti-enlightenment thinker. In an impressively scholarly analysis, which encompasses thinkers from Nietzsche to Rawls, Dalgliesh defends Foucault against his philosophical critics and demonstrates how ‘critical history’ is a powerful and timely mode of critique.” (Kimberly Hutchings, Queen Mary University of London, UK)

"Dalgliesh's impressive survey of Foucault's oeuvre presents him as exemplar of an alternative mode of enlightenment critical thought. He provides a lucid account and a compelling defense of Foucault's critical historical approach to the present. He shows the novelty and complementarity of Foucault's Kantianism and his Nietzscheanism in a manner that invites reconsideration of all three great modern thinkers."  (Paul Patton, University of New South Wales Australia)