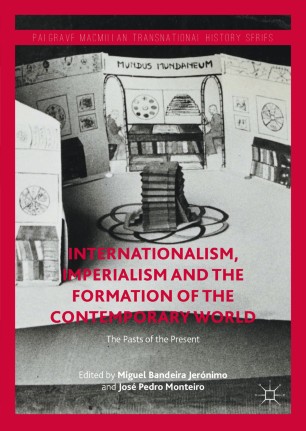 Internationalism, Imperialism and the Formation of the Contemporary World

The Pasts of the Present

This volume offers innovative insights into and approaches to the multiple historical intersections between distinct modalities of internationalism and imperialism during the twentieth century, across a range of contexts. Bringing together scholars from diverse theoretical, methodological and geographical backgrounds, the book explores an array of fundamental actors, institutions and processes that have decisively shaped contemporary history and the present. Among other crucial topics, it considers the expansion in the number and scope of activities of international organizations and its impact on formal and informal imperial polities, as well as the propagation of developmentalist ethos and discourses, relating them to major historical processes such as the growing institutionalization of international scrutiny in the interwar years or, later, the emerging global Cold War.

Miguel Bandeira Jerónimo is a Research Fellow at the Center for Social Studies, University of Coimbra, Portugal. His research interests focus on the global, comparative and connected histories of imperialism, colonialism and internationalism (XIX-XX centuries). He has been working on the historical intersections between imperialism and internationalism and also on those between development and security in late colonialism.

José Pedro Monteiro is a researcher at the Center for Social Studies, University of Coimbra, Portugal. He has been working on the processes of internationalization of native labour policies and politics in the Portuguese colonial empire after World War II. He is now developing a project on the politics of citizenship and human rights in the Portuguese empire.

“In this engaging book, Paolo Boccagni asks about the meaning of home for people who have decided to leave their previous home and settle in a new place. … Boccagni’s book is a great and important read on the migration-home nexus. It will be of high interest to students and scholars alike who work on migration, home and transnationalism.” (Christine Barwick, Journal of Housing and the Built Environment, Vol. 34, 2019)