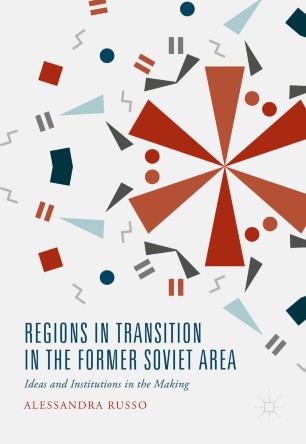 Regions in Transition in the Former Soviet Area

Ideas and Institutions in the Making

This book aims to understand the “texture” of the post-Soviet region, where waves of de-integration and re-integration have been resonating at different times and through diverse manifestations over the last quarter of century. The post-Soviet states have been evolving in an embryonic system of states in their close neighbourhood, whose boundaries and rules of interactions are still in the making. However, one can already detect specific traits of regional governance, one of these being the presence of overlapping organisations and institutions.

It includes reflections on relations between state formation and region formation and a tentative conceptualisation of a post-colonial form of regionalism. The focus on small states, featuring different behaviours vis-à-vis regional organisations and regional imaginaries in their transitional and still unsettled state identities and foreign policy narratives, constitutes a further element of originality. This innovative volume is crucial reading for scholars and researchers of International Relations with a special interest in either the Former Soviet Space or Comparative Regionalism.