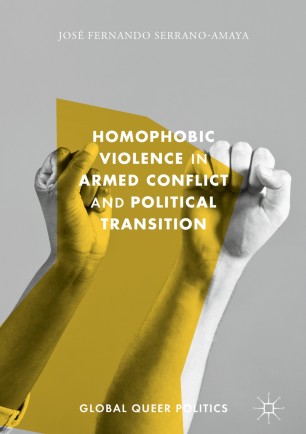 This book argues that homophobia plays a fundamental role in disputes for hegemony between antagonists during political transitions. Examining countries not often connected in the same research—Colombia and South Africa—the book asserts that homophobia, as a form of gender and sexual violence, contributes to the transformation of gender and sexual orders required by warfare and deployed by armed groups. Anti-homosexual violence also reinforces the creation of consensus around these projects of change. The book considers the perspective of individuals and their organizations, for whom such hatreds are part of the embodied experience of violence caused by protracted conflicts and social inequalities. Resistance to that violence are reason to mobilize and become political actors. This book contributes to the increasing interest in South-South comparative analyses and the need of theory building based on case-study analyses, offering systematic research useful for grass root organizations, practitioners, and policy makers.