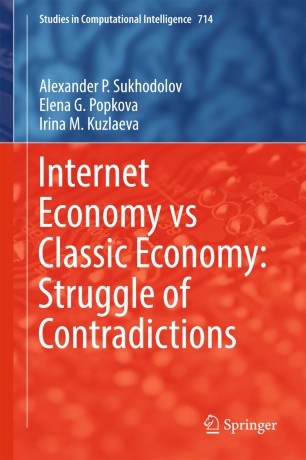 The book is primarily intended for postgraduates, educators and researchers who study the foundations of the modern macro-economy. Based on the conclusions and results presented here, they will be able to create their own scientific studies. Further, problem analysis of the Internet economy and classic economy makes it possible to identify the peculiarities and prospects of development, and to form recommendations for the highly effective management of modern economic systems.