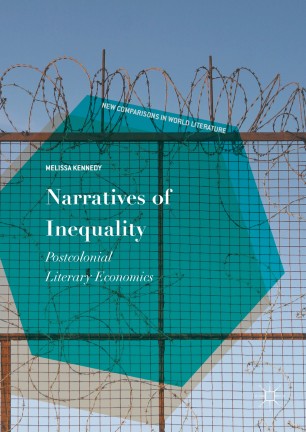 This book reveals the economic motivations underpinning colonial, neocolonial and neoliberal eras of global capitalism that are represented in critiques of inequality in postcolonial fiction. Today’s economic inequality, suffered disproportionately by indigenous and minority groups of postcolonial societies in both developed and developing countries, is a direct outcome of the colonial-era imposition of capitalist structures and practices. The longue durée, world-systems approach in this study reveals repeating patterns and trends in the mechanics of capitalism that create and maintain inequality. As well as this, it reveals the social and cultural beliefs and practices that justify and support inequality, yet equally which resist and condemn it.
Through analysis of narrative representations of wealth accumulation and ownership, structures of internal inequality between the rich and the poor within cultural communities, and the psychology of capitalism that engenders particular emotions and behaviour, this study brings postcolonial literary economics to the neoliberal debate, arguing for the important contribution of the imaginary to the pressing issue of economic inequality and its solutions.