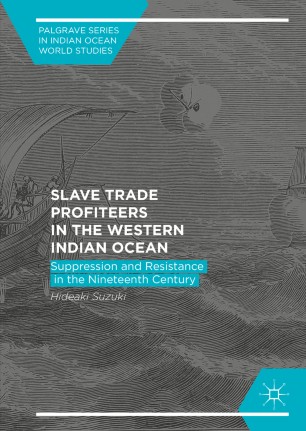 Suppression and Resistance in the Nineteenth Century

This book examines how slave traders interacted with and resisted the British suppression campaign in the nineteenth-century western Indian Ocean. By focusing on the transporters, buyers, sellers, and users of slaves in the region, the book traces the many links between slave trafficking and other types of trade. Drawing upon first-person slave accounts, travelogues, and archival sources, it documents the impact of abolition on Zanzibar politics, Indian merchants, East African coastal urban societies, and the entirety of maritime trade in the region. Ultimately, this ground-breaking work uncovers how western Indian Ocean societies experienced the slave trade suppression campaign as a political intervention, with important implications for Indian Ocean history and the history of the slave trade.

“This is an important study on the concrete forms abolitionism took in the western Indian Ocean. Not just debates and claims, not just masters, slaves and former slaves but the interplay between labor, work, markets and people form the core of Suzuki’s analysis. Intermediaries play here a crucial, although neglected role before and after the abolition. Their origins, background, networks and profits are detailed in this path-breaking study. A must-read for all those who are interested in past and contemporary forms of bondage and trafficking.” (Alessandro Stanziani, Professor of Global History, EHESS and CNRS Paris, France)

“In this highly original book, Hideaki Suzuki probes received assumptions about the slave trade and its suppression in the nineteenth-century western Indian Ocean. Based on prodigious research in a wide variety of archives, he meticulously demonstrates how the interaction of Indian, Arab, British, French, and American actors affected the operation of the slave trade and determined the constraints caused by abolition. Linking economic, political, and imperial history across the entire region from western India to the Swahili coast, Suzuki brings an impressive new voice to the study of the Indian Ocean.” (Edward A. Alpers, Research Professor, Department of History, UCLA, USA)