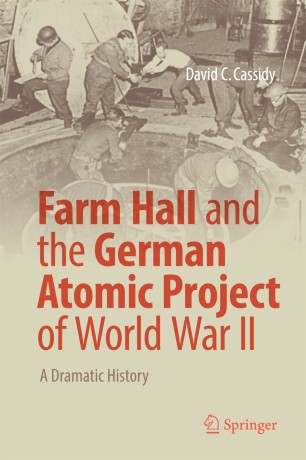 This gripping book brings back to life the events surrounding the internment of ten German Nuclear Scientists immediately after World War II. It is also an "eye-witness" account of the dawning of the nuclear age, with the dialogue and narrative spanning the period before, during and after atomic bombs were dropped on Japan at the end of the war. This pivotal historical episode is conveyed, along with the emotions as well as the facts, through drama, historical narrative, and photographs of the captive German nuclear scientists - who included Werner Heisenberg, Otto Hahn, and Max von Laue. The unique story that unfolds in the play is based on secretly recorded transcripts of the scientists’ actual conversations at Farm Hall, together with related documents and photographs.