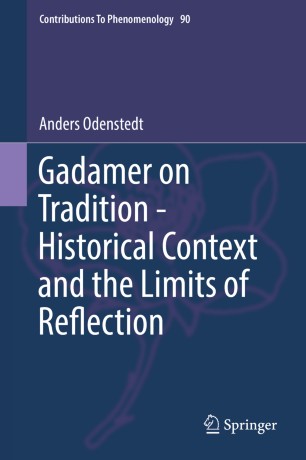 Gadamer on Tradition - Historical Context and the Limits of Reflection

Part of the Contributions To Phenomenology book series (CTPH, volume 90)

This book discusses Gadamer's theory of context-dependence. Analytical and partly critical, the book also shows exegetical accuracy in the rendering of Gadamer's position. It explores the following questions that Gadamer's theory of context-dependence tries to answer: in what way is thought influenced by and thus dependent on its historical context? To what extent and in what way is the individual able to become reflectively aware of and emancipate himself from this dependence? The book takes Gadamer's wide interests into account, e.g. issues relating to the history of historiography and the nature of art and aesthetic experience. The problem of the context-dependence of thought is prominent in contemporary philosophy, including the fields of structuralism, post structuralism, deconstruction, certain forms of feminist philosophy and the philosophy of science. In this sense, the book discusses an issue with wide repercussions.