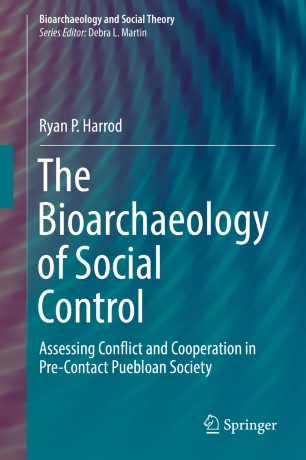 The Bioarchaeology of Social Control

Taking a bioarchaeological approach, this book examines the Ancestral Pueblo culture living in the Four Corners region of the United States during the late Pueblo I through the end of the Pueblo III period (AD 850-1300). During this time, a vast system of pueblo villages spread throughout the region creating what has been called the Chaco Phenomenon, named after the large great houses in Chaco Canyon that are thought to have been centers of control. Through a bioarchaeological analysis of the human skeletal remains, this volume provides evidence that key individuals within the hierarchical social structure used a variety of methods of social control, including structural violence, to maintain their power over the interconnected communities.

Ryan Harrod has a Ph.D. from the University of Nevada, Las Vegas (2013) and is currently an Assistant Professor of anthropology at the University of Alaska Anchorage. His research and expertise are in bioarchaeology, paleopathology and forensic anthropology. Working primarily with ancient and historic human remains, he is most interested in questions having to do with identity, health and disease, conflict and violence, social inequality, ethics, and repatriation.