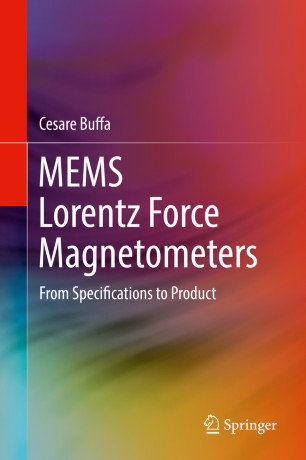 From Specifications to Product

This book deals with compasses for consumer applications realized in MEMS technology, to support location-based and orientation-based services in addition to ‘traditional’ functionalities based on navigation. Navigation is becoming a must-have feature in portable devices and the presence of a compass also makes location-based augmented reality emerge, where a street map or a camera image could be overlaid with highly detailed information about what is in front of the user. To make these features possible both industries and scientific research focus on three axis magnetometers. The author describes a full path from specifications (driven by customers’ needs/desires) to prototype and preparing the way to industrialization and commercialization.

The presentation includes an overview of all the major steps of this research and development process, highlighting critical points and potential pitfalls, as well as how to forecast or mitigate them. Coverage includes system design, specifications fulfillment, design strategy and project development methodology, in addition to traditional topics such as microelectronics design, sensor design, development of an experimental setup and characterization. The author uses a practical approach, including pragmatic guidelines and design choices, while maintaining focus on the final target, prototyping in the direction of industrialization and mass production.

Cesare Buffa received his M.Sc. degree in Electronic Engineering and his Ph.D in Information Technology from Politecnico di Milano, Italy, respectively in 2009 and 2013. Parallel to M.Sc. he attended Alta Scuola Politecnica multidisciplinary degree program. At Politecnico di Milano he was also teaching assistant for the courses of “Fundamentals of Electronics”, “Optoelectronics” and “Detectors, Microsensors and Microsystems”. His research focused on CMOS imaging sensors, microelectromechanical systems and sensors readout electronics. In 2012 he was visiting researcher at Berkeley Sensor & Actuator Center, Davis, California and in December 2012 he joined Infineon Technologies Austria AG as an analog and mixed-signal designer. He has authored about 30 refereed publications.