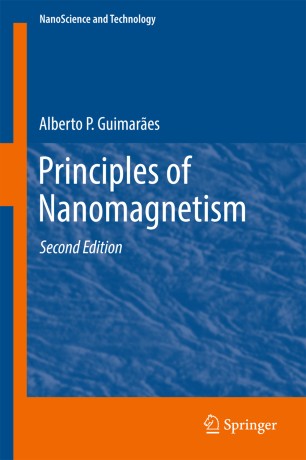 The second edition of this book on nanomagnetism presents the basics and latest studies of low-dimensional magnetic nano-objects. It highlights the intriguing properties of nanomagnetic objects, such as thin films, nanoparticles, nanowires, nanotubes, nanodisks and nanorings as well as novel phenomena like spin currents. It also describes how nanomagnetism was an important factor in the rapid evolution of high-density magnetic recording and is developing into a decisive element of spintronics. Further, it presents a number of biomedical applications. With exercises and solutions, it serves as a graduate textbook.

Alberto Passos Guimarães studied physics at the University of Rio de Janeiro and obtained his Ph.D. at the University of Manchester, England. He was a visiting scientist at MIT, Cambridge, and at the Physics Institute in Uppsala, Sweden. He has worked in the field of magnetism for several years, initially studying the magnetic properties of rare-earth intermetallic compounds with Mossbauer Spectroscopy and zero-field nuclear magnetic resonance (NMR), and also studied the Magnetocaloric Effect in intermetallic compounds. In recent years he has turned his attention to nanoscale systems, such as small particles, nanowires, nanorings and nanodisks studied with different experimental techniques and micromagnetic simulation. He is the author of Magnetism and Magnetic Resonance in solids (1998) and From Lodestone to Supermagnets: Understanding Magnetic Phenomena (2005), and has also been active in the popularization of science.

He is now Emeritus Researcher at the Brazilian Center for Research in Physics (CBPF) and he is a member of the Brazilian Academy of Sciences.