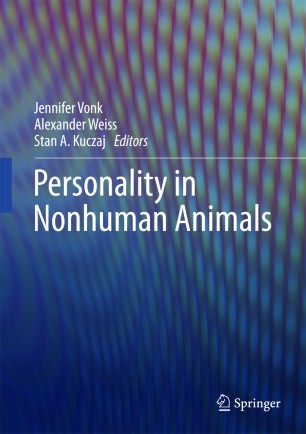 This stimulating and comprehensive collection brings together multiple perspectives on the topic of personality in nonhuman animals—linking historical perspectives, theoretical approaches, methods, and cutting-edge discoveries. Experts from various fields describe their findings on species ranging from dogs, cats, chimpanzees, and dolphins to sharks, snakes, and other reptiles. Chapters not only discuss the evolution of personality, but also describe potential applications within the areas of animal-human interactions, animal ethics and welfare, conservation science, and other areas. A key focus is the role of genetics and the environment in determining animal behavior and personality, including related traits, such as creativity and boredom. These chapters present the study of personality in nonhumans as a means by which we can better understand medical and psychological issues specific to our own species as well.
Chapters include:
· Exploring factor space (and other adventures) with the Hominoid Personality Questionnaire
· The quantitative and molecular genetics of individual differences in animal personality
· Personality, temperament and individuality in reptile behavior
· What do we want to know about personality in marine mammals?
· Individual differences in nonhuman animals: examining boredom, curiosity, and creativity
· The interplay between animal personality and foraging ecology
Taking significant steps in advancing the study of animal personality, Personality in Nonhuman Animals will engage personality psychologists, comparative psychologists, and behavior ecologists as well as conservationists, zookeepers, livestock managers, and all those interested in the brain and behavior of animals.

Jennifer Vonk is a comparative cognitive psychologist, who is now full professor at Oakland University in Rochester, Michigan, U.S.  She obtained her PhD from York University in Toronto, Ontario, Canada. and completed a post-doctoral fellowship at the University of Louisiana before accepting a position at the University of Southern Mississippi where she was a member of the Psychology department until 2011. She is known for studying a variety of cognitive processes in bears, non-human primates, and many other less studied species. She is the co-editor in Chief of Animal Behavior and Cognition, founded by Stanley Kuczaj, and serves as an associate editor on three additional journals. She directs the Laboratory of Cognitive Origins (LoCO) at Oakland University.

Alexander Weiss is a comparative and differential psychologist, and a Senior Lecturer in Psychology at the University of Edinburgh, U.K. He obtained his PhD from the University of Arizona, in Tucson, Arizona, and was a post-doctoral fellow in the Laboratory of Personality and Cognition at the National Institute on Aging in Baltimore, Maryland before joining the Department of Psychology in the School of Philosophy, Psychology and Language Sciences at the University of Edinburgh in 2005. He is known primarily for his research on personality and subjective well-being in nonhuman primates and other animals, and for his work on personality, aging, and health in humans and other primates. He is an associate editor at Animal Behaviour.

Stanley A. Kuczaj is well known for his pioneering research with marine mammals and his early studies of human language development. He graduated from the University of Minnesota's Child Psychology program in 1976 and went on to be chair of Psychology at Southern Methodist University, and later at the University of Southern Mississippi, where he served as chair for over ten years. Stan was the recipient of numerous awards and was the President of the Comparative Psychology and Behavioral Neuroscience Society/Division 6 of the American Psychological Association at the time of his passing in April, 2016. He was the director of the internationally renowned Marine Mammal Behavior and Cognition laboratory where he had supervised dozens of MS and PhD theses and dissertations. At the time of his passing he had published over 125 peer-reviewed publications.